The Internal Revenue Service says it has seen a 400 percent surge in phishing and malware incidents this tax season. And the IRS said this week it has observed fraudsters are more frequently asking for personal tax information, which could be used to help file false tax returns.

The total malware and phishing incidents was 1,206 in January, up from 254 a year earlier. The IRS says the trend continue in February, nearly doubling incidents reported in February 2015. From February 1 through 16, there were 363 incidents compared to 201 for the entire month last year.  So, there is clearly a trend for much more activity by those seeking to steal your vital information.

Tax professionals are reporting phishing scams that seek their online credentials to services, such as the IRS Tax Professional PTIN System.  I received one of these the other day.

IRS Commissioner John Koskinen urged taxpayers to “Watch out for fraudsters slipping these official-looking emails into inboxes, trying to confuse people at the very time they work on their taxes. We urge people not to click on these emails.”

Bogus emails attempt to trick taxpayers into believing they are official communications from the IRS or others in the tax industry, such as tax software companies. E-mails often seek information related to refunds, filing status, confirming personal information, ordering transcripts and verifying PIN information.

Note the email address from which requests for information are sent–the email may look like official communication, but come from another email address.  The best course of action is always to delete these emails. 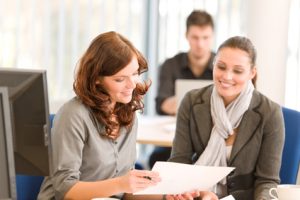 Here are some helpful business and tax web sites:

WHERE IS MY REFUND?
Federal (IRS) Refund Status